The July issue of Agoo Magazine, pays homage to those who paved the way for the emergence of varied genres of Ghanaian music and chat to accomplished and budding artists who are at the forefront of this evolution —Reggie Rockstone; Kwabena Kwabena; Stonebwoy, and eclectic soundbird, Amaarae

It also features Steve Babaeko, who has built an enviable reputation in the Nigerian advertising and creative industry, as well as Alexander Amosu, about his mission to change the usual narrative on Africa from one of poverty to one of luxury. 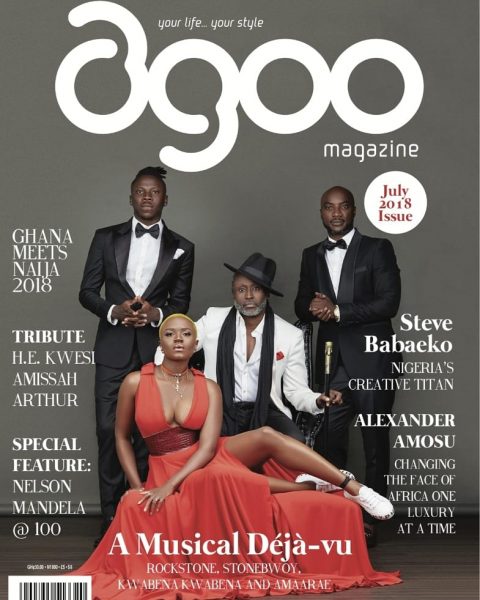 Fumey Kafui Faraday Drops Audio & Visuals Of “Echoes From The Past”

Faraday Talks “Echoes From The Past” A Single Poised For Release In Few Weeks.

Shatta Wale took a dig at Sarkodie, after the Sarkcess Music Records Boss congratulated him on being the only Ghanaian artiste to work with...
0
Read more
Techworld

Zipjosh, The Easiest And Affordable Way To Purchase Products Online

Zipjosh, The Easiest And Affordable Way To Purchase Products Online In this modern world, everything has been made a lot easier compared to our ancestors’...
0
Read more
Entertainment

Sarkodie has finally spoken about the matter involving his manager, Angeltown and Dancehall star, Stonebwoy over a bust-up at the Independence Square ahead of the Black Love...
0
Read more
Entertainment

We're expecting to see a lot of impressive new technology in the Samsung Galaxy Note 10, but that didn't include an entirely-new chipset. Samsung typically uses the same...
0
Read more
News

Royal House Chapel International "Give Back Project"  A Nationwide Donation Exercise. As part of activities lined up to Celebrate the 60th Birthday the Apostle General...
1
Read more
Glitz

The 2019 Golden Movie Awards is set to come off on August 24 at the Movenpick Ambassador Hotel. The 5th edition of the awards ceremony will witness movie...
0
Read more
Music

In an interview with “CBS This Morning” co-host Gayle King, Meek Mill, and Jay-Z open up about why they think it’s important to establish a legacy as entrepreneurs...
0
Read more